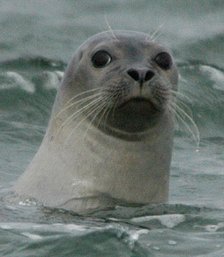 The Silkie is from Mark Shepard’s Breathing Underwater CD which is ow Available for Instant Digital Down Load
Regularly $15 |Get the Album of Drums, Songs & Stories about the Sea For A Limited Time Only: $5.00

Well the sun was in her eyes
So he took her by surprise
After he had hidden her seal skin
She was a Silkie you see,
A magic creature of the sea
Who sometime come ashore
To walk in human form

Refrain:
Oh to be a Silkie of the Sea
Oh to be a wild creature swimming free
Oh to know the secrets of the foam
Oh to love the ocean and to call it home

She begged to be let free
But he said, “No, come with me
In seven years your skin I will return”
So sadly she obeyed,
Turned her back upon the waves
Took a path that led her towards an early grave 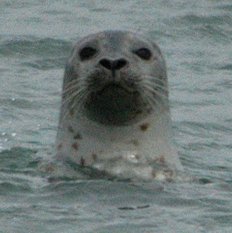 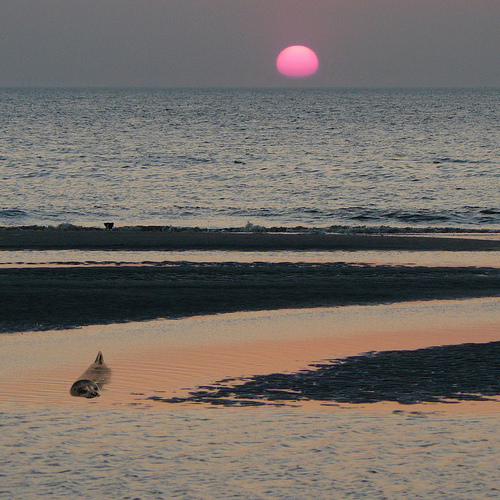 Commentary: This is my all time favorite story. Folk singer Joan Baez did a traditional Silkie song that I heard as a kid and then I came across “Women Who Run With The Wolves” by Clarissa Pinkola Estes. also the movie, “the Secret of Roan Innish” draws from this body of Silkie Stories. So this song combines several different versions of the Silkie.

I used to only perform it for older children and adult audiences but one day a school principal who was somewhat clueless about developmental ages combined a group of kindergartners with a group of 5th graders in an assembly.

I knew I was in trouble. I can easily handle a group of kids from K-8 and connect with each age level all at the same time but to have only to two extremes was really tricky. Nothing was working. Finally I figured I would at least do something that would nourish me whether it reached the kids or not.

So I sang the Silkie. You could have heard a pin drop. So I tend to end my programs with this piece of it at all fits in with the theme I’m working with. It’s just a great way to end a program. Kind of on a thoughtful quiet note.

I use it as part of several programs:

See what other DrumSongStory Programs are available for: