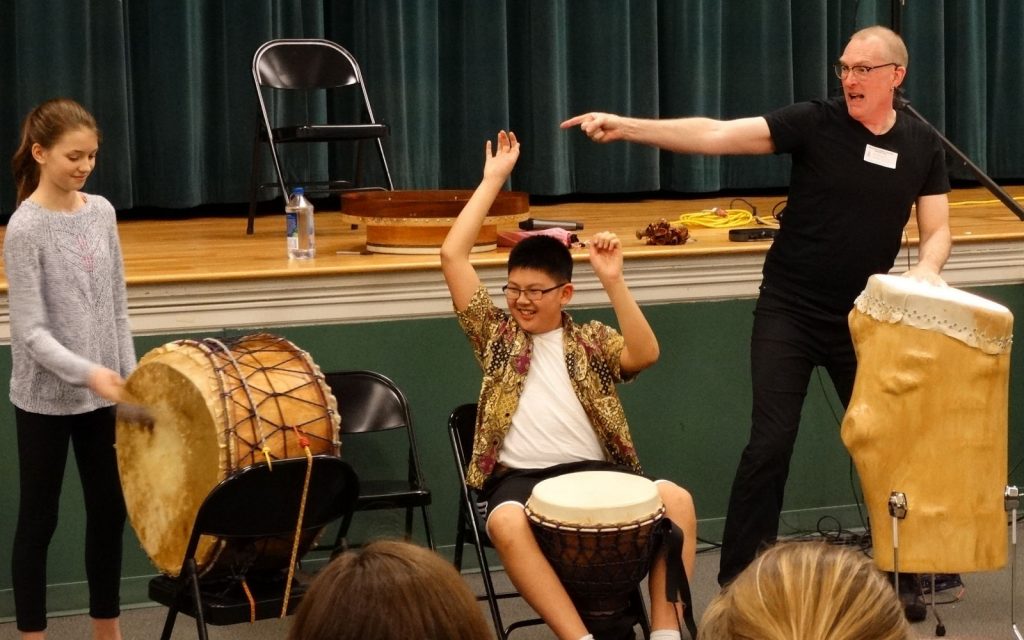 My Most Popular K-12 Assembly Program!

Starting and ending with the haunting sounds of Overtone Singing from Central Asia and making stops around the world, “Beyond the Borders” celebrates how cultures come together and influence each other.

Scroll Down and watch each video to experience this program performed live.

A World of Vocals

A combination of several different vocalization styles from Tuvan/Mongolian Overtone Singing, to Tibetan Undertone Singing all mixed in with Throat Whistling and a kind of African Yodeling, accompanied by Siberian Shaman Drum…

An old African story that I’ve turned into an “Olde” Irish song. Accompanied by Irish Bodhran and plenty of audience participation.

An African welcoming song and rhythm. I invite several audience members to join me on stage and with the help of the audience we create an African Polyrhythm.

Depending upon the situation, time available, the theme, the age mix of the audience and my intuition, I may move at this point into a spoken (rather than sung) story, picking one of several possible choices:

A Native American tale explaining why Coyotes howl and have sharp teeth and why Cicada’s shed their skin. Quite funny with a modest amount of sound effects instruments that I invite a dozen or so audience members to help me with. The rest of the audience assists me as well so there is something for everyone.

Also, audiences enjoy the opportunity at the end of the story to get in a good “Howl”.

This is an old Irish Story that has a lot in common with many Eskimo (Inuit) tales. Primarily seals that turn into human being and vice versa. I play the wooden whistle at the beginning and the end accompanying the chorus with Bodhran. I usually ask for a volunteer from the audience to play the ocean drum as accompaniment. 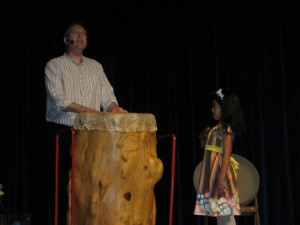 Together We Can Change The World

I wrote this song for a family musical called “Letters To Daddy.” It is the perfect piece to end “Beyond The Borders” with because it is all about seeing the world in a new way and working together to make it a better place.

To book this program now…