Drums, Songs & Stories of the Peoples of the Far North

This program is lighter on the songs and heavier on the spoken stories although several of the stories have songs sung within them. It was originally commissioned by Columbus Elementary School (Thornewood, NY) in 1999 as part of their third grade Social Studies Curriculum. I returned in January of 2000 to do a two week residency focusing on adapting Inuit tales.

This program can Focus solely on Inuit Tales or take a story from each culture or focus on one or two related cultures (ie. Inuit and Siberian or Russian and Scandinavian). 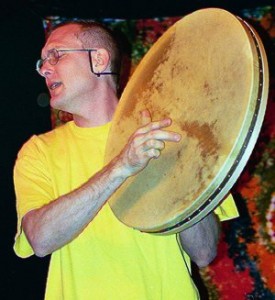 With the exception of Skeleton Woman, these tales were developed with 3rd graders during a residency at Columbus Ave. Elementary School.

To book this program now…

Prefer to have me contact YOU? Simply fill out the form below! Thanks for your interest!